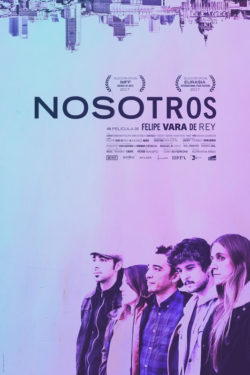 “Nosotros” follows a group of five friends during the weekend of the Spanish presidential election held in December 2015, probably the most important one in Spain’s recent history due to the deep political and financial crisis in Southern Europe. Our five protagonists are in a crucial moment in their lives; as Spain decides its future, all of them will have to make a decision that could shake the grounds on which they are building their existence.

sold at the door or by clicking here